These prehistoric fish lurk in the mangrove canals along Ascension Bay and attack flies ferociously. Their mouths are armored in bone so in the event of an eat, the angler is required to strip-set the hook multiple times with force, all while the tarpon launches itself completely out of the water in an incredible acrobatic display. They refer to these fish as baby tarpon, but with fish averaging 10-30 pounds and some being caught as large as 60 pounds, there is nothing baby about them.

At Ascension Bay Lodge, we believe that good guides are key to having a successful flats fishing experience. We use talented local guides who consistently put our clients on fish. Each "panga" style skiff is manned by a head guide and an assistant guide. They work together as a team to search the flats and put you in casting range of your target species. The guides will coach you through the whole process, but it is ultimately up to the angler to stay calm, make the cast, set the hook, and land the fish.

The pinnacle of saltwater flats fishing is the Permit. This awesome fish stands alone as the hardest to catch with a fly. With large eyes and a great sense of smell, Permit will usually refuse a perfectly presented crab or shrimp pattern. If hooked, permit will run in long, powerful bursts and make aggressive head shakes that tend to remove your fly from their mouth. Fly fishing for permit has become a lifelong passion for many and even a small permit is considered a trophy. Ascension Bay has an outstanding Permit fishery and is designated as the Permit Capitol of the World. The Ascension Bay Lodge is your destination to catch your 1st permit or your 50th.

Bonefish are pound for pound one of the hardest fighting fish species in the world. They make drag-ripping runs that will put your gear to the test. These fish are found in the ultra shallow flats near the coastline or in inland lagoons and lakes. They travel in singles, doubles, pods, and schools searching for small crabs and shrimp. Unlike some of the other species in the bay, bonefish will readily eat a well-presented fly, making 20-30 fish days a regular occurrence. They are the most honest species on the flats. If you do your part, they will usually do theirs.

Snook are the ultimate ambush predator of the flats. They typically hold up tight on the coastline under branches or mangroves waiting for unsuspecting prey to swim by. Casting for snook can be tricky. The angler often has to launch the fly up under mangroves or into structure, but if you put the fly into the snook's sight line, they will often attack and inhale the fly with their bucket sized mouth. Tug a war ensues as the snook will try to bulldog its way back into the structure, and the angler must hold their ground to bring one of these powerful fish to hand. 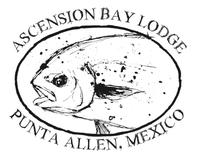 While the big 4 are on the top of everybody's list, Ascension Bay is home to many other species that will eat a fly and put a bend in your rod. Jack Cravelle is one of the hardest fighting species on the flats and Barracudas are true acrobats when on the line. Catching snapper or grouper usually means a fresh fish dinner for either you or your guide. 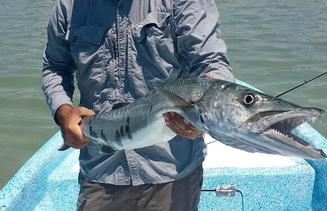 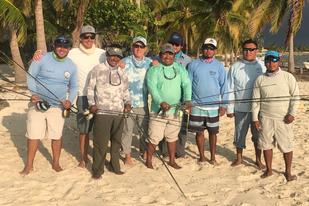